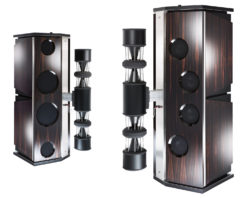 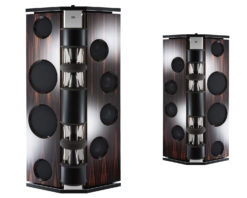 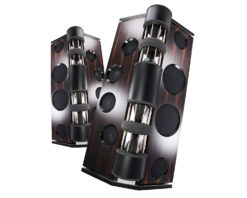 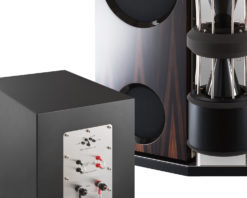 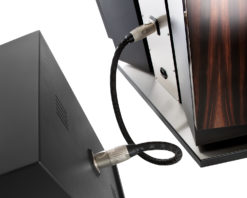 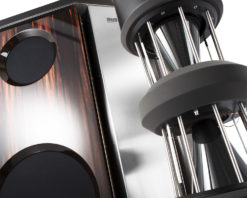 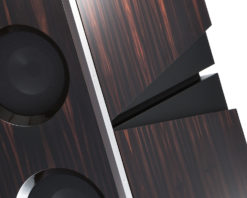 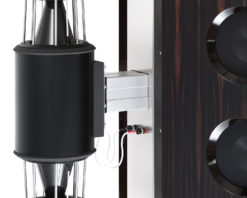 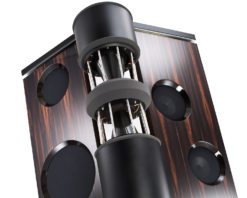 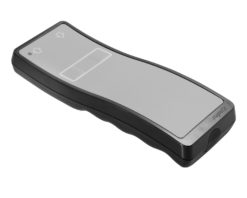 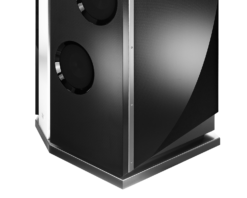 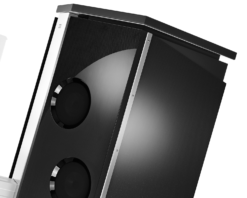 The Emperor MK II is based on our flagship Gaudi design. It uses the Gaudi’s moveable four DDD driver array, combined with two 12-inch woofers and four 6-inch long-throw sub-woofers. It is supplied with the new German Physiks Emperor Extreme digital crossover to allow it to be tri-amped, enabling the full potential of this outstanding design to be realized. It provides exceptional detail with live-music like dynamics and sound levels, thereby bringing the listener closer to the reality of a live performance.

Although physically smaller than the Gaudi, the Emperor MK II is still a big loudspeaker, with all the advantages that brings. Its massive bass system produces well-controlled and clean bass all the way down to 18Hz, but is agile enough to integrate perfectly with the speed of the DDD drivers. The coherence of the DDD drivers allows the Emperor to generate very detailed and life like stereo images. This, combined with the ability to produce “live music” like dynamics and sound levels (up to 117dB), enables the Emperor to reproduce the emotion and immediacy of the music and so create a very strong impression that you are listening to real musicians, rather than a hi-fi system.

The Emperor uses the same four DDD driver array as the Gaudi. This is mounted on a telescopic arm, which is driven by linear actuators, enabling it to be precisely positioned in relation to listener, making the set-up process quicker and easier. 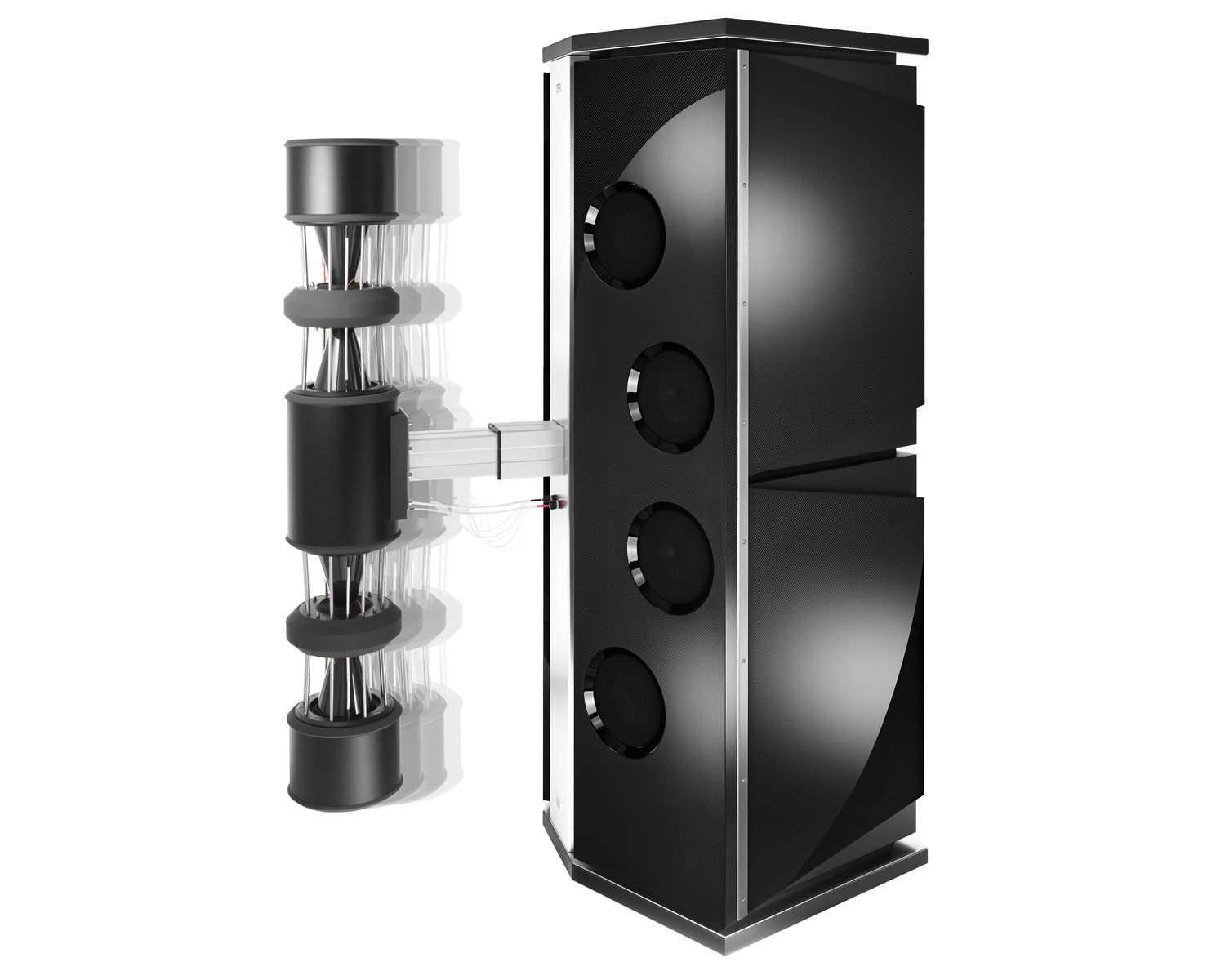 Like the Gaudi, the Emperor uses four large independent bass enclosures. These are mounted two either side of the main support and are held together by an interlocking collar arrangement. This greatly reduces resonances and also makes the columns more difficult to topple. The enclosures on one side each house a 12-inch sub-woofer and cover the range from 70Hz to 18Hz. The enclosures on the other side each house two 6-inch metal cone drivers and cover the range from 180Hz to 70Hz. The bass they provide has the ideal balance of speed and weight to seamlessly merge with the DDD drivers and also ensure that there is no smearing of the music’s timing or pace.

The German Physiks DDD driver uses a cone made of extremely thin (0.15mm) carbon fibre. This is very light, but also very rigid. Each driver is hand-built by a skilled technician in our factory in Germany. This is a painstaking process that takes 6 hours. After assembly, each driver undergoes a series of rigorous tests. It is then subject to a 96 hour pre-aging process, playing specially selected music at high level. Finally, it is retested and put together with another driver to form a matched pair.

1. It is omnidirectional, meaning that it radiates the sound evenly around it.
2. It has an exceptionally wide operating range. In the Unlimited it covers the range from 200Hz up to 24kHz – almost 7 octaves.

By comparison, most loudspeakers use drivers that only use pistonic radiation. These have a much narrower operating range and as the frequency rises, they tend to concentrate their energy into a progressively narrowing beam. This is explained in more detail here.